After the 'no hope' DHL Stormers improbable victory in the URC trophy coach John Dobson must have by now received a few job offers , but here's a bigger idea in terms of another possible miracle revival. Team South Africa at large; John Dobson for President.

The victorious Stormers coach just conducted a weekend at the Karoo Art Hotel.

When we appoint someone as a conductor, we hand the hotel and ourselves (and the town if necessary) to them as an empty page and we invite them to make magic.

It’s one thing to invite a big name but it’s another to get an acceptance to be a conductor of our once broken hotel. It was Richard Whittingdale (Western Province Crickets ‘Whitters’ of old) who suggested Dobbo as candidate for an idea that was originally conceived mainly for artists and writers. To our surprise two months ago Dobson agreed and the 1ST Test weekend, SA vs Wales, was suggested and firmed up on. But that was before the climax of one of those miracle underdog stories that make sport so compelling; the unlikely, nay, almost impossible to conceive of then, lifting of the URC trophy by the DHL Stormers on the 4th of June. With an avalanche of media and engagements now on him a lesser man might have slide out of last weekend’s date in dusty little Barrydale.

A number of elements had been put together to fill the ‘John Dobson-as-Conductor-of-the -Karoo-Art’ weekend. The hotel had been decked out with Stormers bunting.  Jan Ellis pudding was on the menu. Friday kicked off with an Art of Steak Master class by the celebrated steak chef Greg Bax of the Rare Grill Claremont. Saturday dawned with a Springbok Potjie workshop by original Barry family  ancestor Karoo Art executive Chef  Derek Louw. Later would come the test buildup and the game with  Dobson in the hot seat in the bar. What a privilege. But the standout moment for me happened mid Saturday morning on a small grandstand overlooking a dusty community rugby field. If there’d been a soundtrack to the waiting period for Dobson to arrive at the Smitsville rugby ground on the   back of the hotel’s vintage Ford pickup it would have been Dust In The Wind by Kansas.

As Dobbo in his shorts and T shirt spoke to us from a behind the low chicken wire retaining fence that keeps the dogs and the children off the field during the inter village rugby derby’s; As he laid out the unlikely credentials and sometimes ragged personal backgrounds of the 4TH of July URC DHL Stormers hero’s; And and then spoke of the texture of their underfunded overseas journeys (cheap junk food to fill stomachs before big games, donated Power Bars to top underfunded meal tickets). And as he reflected on the history of a once proud union that had lost its way and its audience via the legacy of corruption and ineptitude that had nothing to do with the players, my mind turned to the South African parallel. Like the Stormers witnessed the exit of many a bright star not wanting to hook their carriage to a failed train, so it has been with us as a country as youngsters with brains and talent (and even those in the sunset of their careers) have fled the scene. And as with the Western Province Rugby Union who in the time of the invention of the ‘Rainbow Nation’ had it all at their feet, our own  countries  leaders have through both their actions and inactions trashed the proverbial trophy cabinet, destroyed the playing field and left us both literally and physically in the dark. But John Dobson’s message to that group of Smitsville players in that dust driven stand that day brought a searchlight of hope into our load shedded lives; Our salvation lies not with the corrupt and the connected who never take the field. It is with us, the players. And when we look around us at our team mates it’s not about what they cant do, it’s about what they can do - when given the ball with permission to run with it and celebrate their individuality within the context of the team.

“Imagine this guy as the President of South Africa” I thought to myself. First up we’d rather refer drop that tainted title and refer to the head of state as the Coach. The cops would become repurposed as the referees and the linesmen. There’d be team talks. The people who steal the money from the players and the union would be sidelined or removed. We’d all know the game plan and he’d get each and every one right behind it. Skills development, fitness and positional play would be back on the agenda. Winning the international games would become a core focus. It seems so dead simple. Treat the country and the globe as the playing field, us as the side and then apply the same strategy that worked with that other bunch of ‘no hopers’, the Stormers. All we’d be asked to think about is whether it’s worth getting out there and winning at this game called life or not. John Dobson for President is what I say. 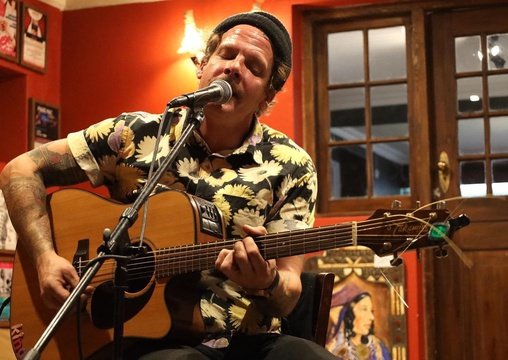 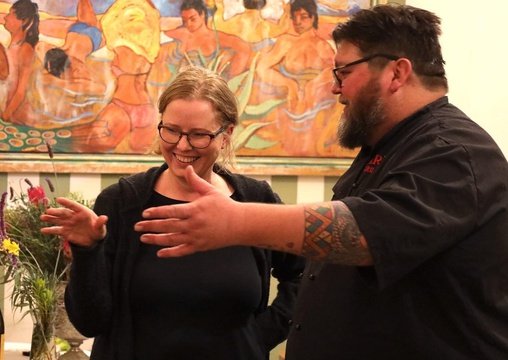 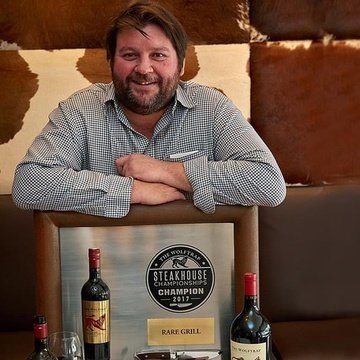 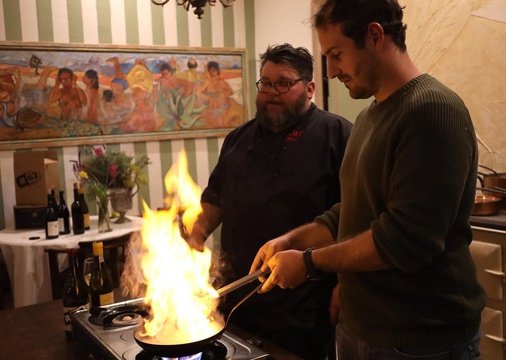 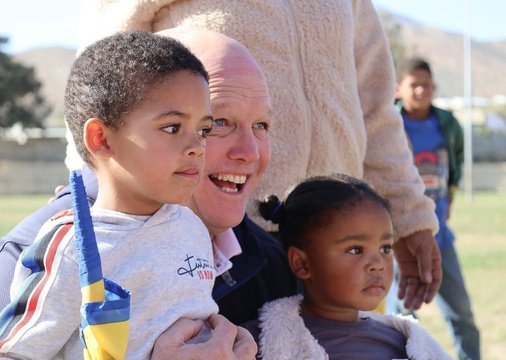 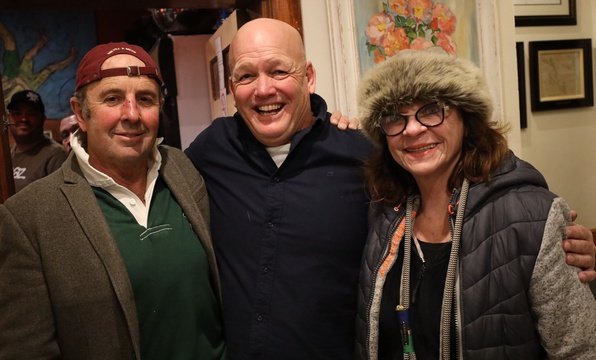 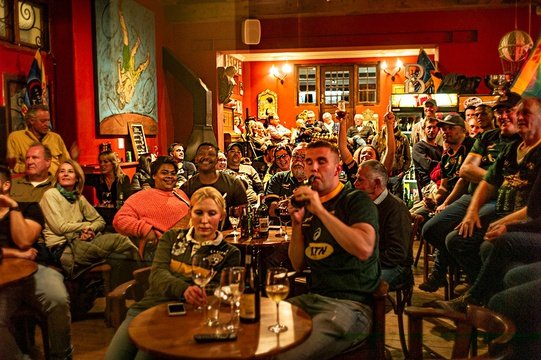 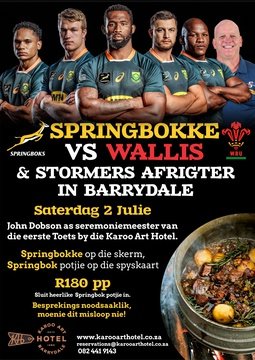 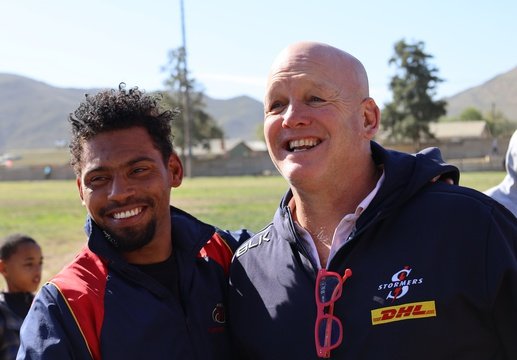 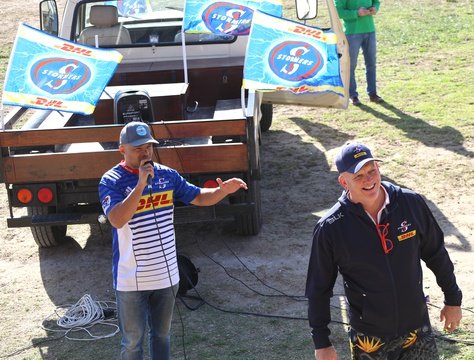 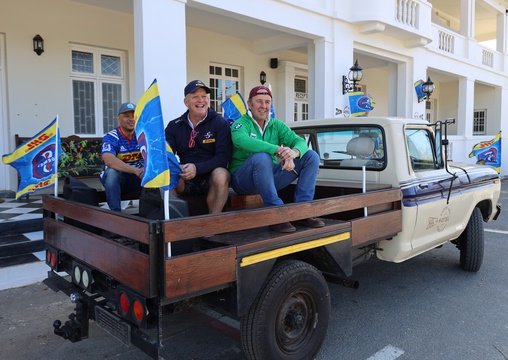 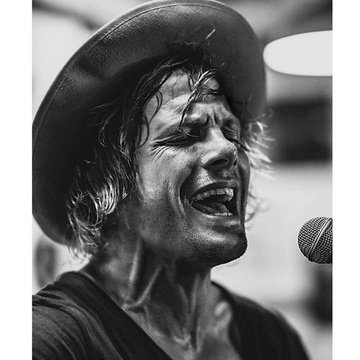 ART OF THE MEMOIR WEEKEND

View   You'll be assured a place on the mentor program